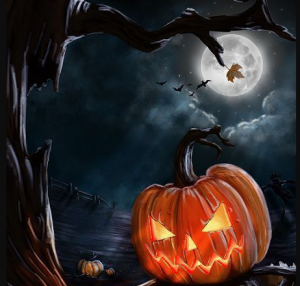 I was a little disappointed recently to read of several elementary schools in Chicago that were banning Halloween because it wasn’t an ‘inclusive’ holiday. According to the Principal of Lincoln Elementary School: “Our goal at Lincoln is to provide space and opportunities for all students to be part of the community — not to create an environment that may feel exclusive or unwelcoming to any child.”

I’m definitely in favour of celebrating diversity and promoting inclusivity. But I can’t help wondering if this well-meaning principal’s realised the burning flesh they smell comes from the hole they just shot in their own foot?

Is this supporting diversity?

Imagine, for a moment, that you’re a child at this multi-ethnic school. You’re too young to appreciate the cultural and racial differences between you and your classmates. Adult views of race and religion have yet to really affect you. My eldest daughter went to a highly multi-cultural elementary school in inner city London This was the case with all her classmates.

Now imagine you’re in the majority at this school. A teacher tells you one of your favourite holidays has been cancelled. You were looking forward to dressing up in the costume you’d picked out and taking part in festive activities. But now that’s been taken away from you, and you have to have a normal, boring day of lessons. When you ask the teacher why the school is being so mean, the teacher explains that not everyone at the school comes from a country where they celebrate Halloween. To make sure those pupils don’t feel left out the school has decided not to do Halloween this year.

Because you’re not dumb and have worked out grown-ups don’t always say what they mean, you can spot a subtext in your teacher’s words. Effectively, what you’re being told is that not everyone in the class is like you. Some of your classmates are different. Because they’re different, you’re going to have all your fun taken away. Whereas, yesterday they were simply the kids you shared finger paints with or sat next to during story time, now they are different. And because they’re different, you’re going to be punished. What kind of message about inclusivity and diversity do you think you’re being taught? Are you likely to embrace the differences in your classmate? Or are you going to resent them, because their differences have caused your first cultural loss? 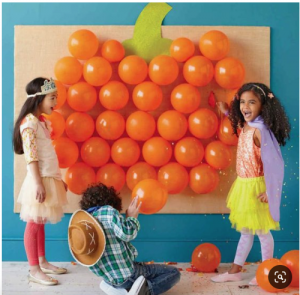 Is this really inclusive?

Now imagine you are among the minority in this school. Maybe you’ve just arrived in this country. Everything is new, and a little bit scary. The idea of fitting in to this new culture is daunting in a way you can’t express yet. However, you’re beginning to understand there are opportunities and experiences that you didn’t have back at home. Not least the chance to  go to school as your favourite fictional character and take part in lots of fun activities. What’s more, later on you get to knock on strangers’ doors and get free candy!

Imagine when you get to school, you’re told this has been cancelled. When you ask the teacher to explain, they tell you because you come from a country, where they don’t celebrate Halloween, the school doesn’t want you to feel uncomfortable. So there won’t be any fun and the school is going to treat Halloween like any other day.

You have also gotten used to adults saying one thing, when they mean another. Especially as you come from a culture where certain words and actions have different meanings. You’re also becoming adept at reading subtext. What you’re probably coming to understand is that because you weren’t born in this country, you’re not allowed to share in its customs and cultures. You’re not like the rest of your classmates, even though you play in the same sandbox and wear the same type of sneakers. So you can’t join in their celebrations.

Instead, your classmates are glowering at you, because you’ve spoiled all their fun. You might have been looking forward to Halloween as much as them. You might be just as disappointed, but the teacher has told everyone that it’s been cancelled and that’s all your fault. Suddenly the playdates you’ve been invited to have been called off. You overhear someone’s parent saying how ridiculous it is that a holiday has to be cancelled because “your people” are causing a fuss and spoiling it for everyone.

Just how included do you think you’re going to feel? Just how welcoming and tolerant does your school and your new home feel to you at this moment?

In the principal’s defence, I think the school’s leadership team was acting with the best of intentions and genuinely wanted to be sensitive to every culture in the student body. Their misguided and self-defeating decision is simply one more in a long legacy of attempts to ban Halloween.

Why they’ve got in for Halloween!

Others claim Halloween is too scary for kids. That it’s psychologically damaging for them to dress up as monsters and walk around at night seeing other kids dressed in frightening costumes. Child psychologists, however, suggest that the single best way for children to conquer their fears is to play with them. Is there a better way of disempowering the things that scare us than dressing as them, with our friends? Then receiving praise and treats from the whole neighbourhood.

Other critics say the holiday is driven by pure commercialism. It’s an excuse for shops to sell mountains of costumes and candy that will probably end up in landfill in a couple of months. While there is some truth in this, we can’t overlook the benefits to the economy the holiday provides. It gives a much needed boost to the retail industry in the run up to Christmas. This goes for independent businesses and Mom and Pop stores, every bit as much as large chains who employ thousands of people. It’s also worth noting that not everyone considers the left-over Halloween paraphernalia to be trash. There’s a huge collector’s market. Most decorations and costumes are used year after year, by those who purchase them. 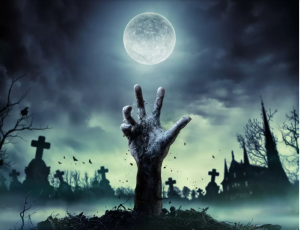 But why do they really want to ban Halloween?

The main reason Halloween catches so much flack is that there are people in the world who just aren’t happy unless they’re taking something away from somebody else. If that thing brings happiness and creates a sense of community among their victims, so much the better. Any excuses these people might give for their behaviour are subordinate to this drive to deprive others of something they care about.

One day, it’s my hope that this drive will be recognised as the psychological problem it is. Then, rather than allow these people to form pressure groups and take part in activities that are harmful to others, we will simply get them the counselling they so desperately need.

Until then, those of us who love Halloween, and all things horror, will just have to roll our eyes and get on with celebrating the one day in the year when everyone else gets excited about our favourite things.

Trust your Uncle Jasp on this. You know it makes sense.

This post appeared, last week, in a slightly different form at This Is Horror

2 thoughts on “Hands Off Halloween! Why we need to defend this holiday!”