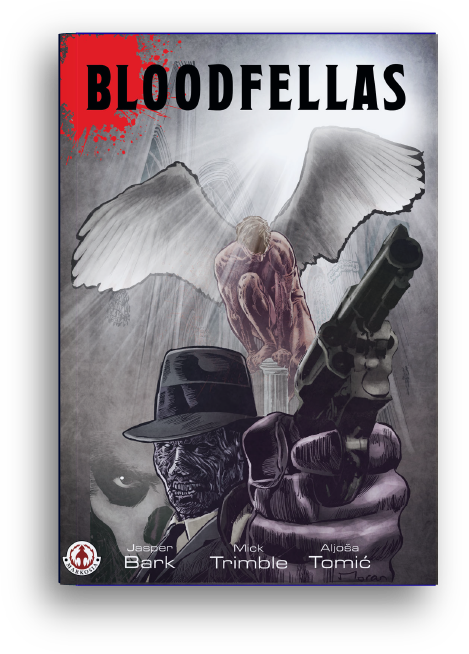 When there's no room left in Hell, the dead will turn to crime.

Welcome to Atros City, where the dead stalk the lean streets, violin cases bulging with sub machine guns, hats pulled down to hide their rotting faces. No-one is safe from the chill hand of the Zombioso - the un-dead Mafia.

It’s 1930 and the whole of the US has gone dry. Papa Sang, head of the Zombioso, has gotten rich off sales of Ascension, a mystical drug that lets you visit Heaven, but his ambitions don’t stop there. He plans a hostile take over of the whole afterlife. All that stands in his way are two rogue angels, the head of the D.A.’s task force, a mystic crossroader and the Zombioso’s head enforcer Slackjaw Harris.

Think you know zombies? Think again. Bloodfellas redefines the genre in a hi-octane, blood soaked homage to the banned Crime and Horror comics of a former era.