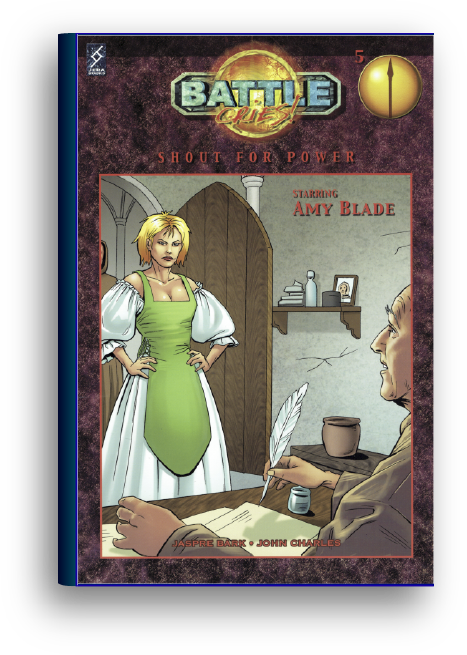 The words have leapt off the pages of an ancient book and Amy Blade must try to catch them before they descend upon an innocent village.

Amy promises the Abbot of a medieval monastery that she will capture the runaway test which has been brought to life by a magical stranger. Armed with two holy relics she sets off to solve the mystery of the missing writing, but soon discovers the truth is far stranger than she expected.

Shout for Power is the the fifth thrilling adventure in the Battle Cries series.