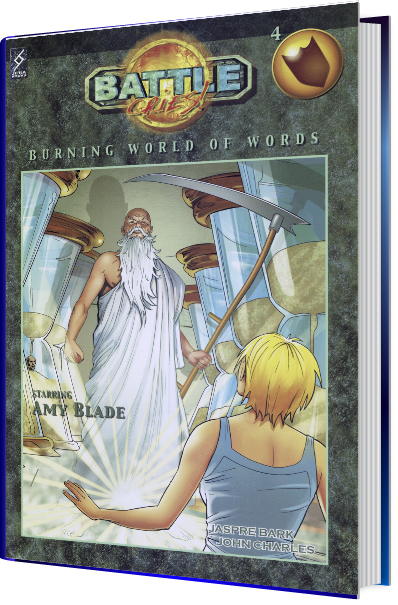 In a race against time, Amy Blade has to save an ancient library from the flames of a Roman God.

Amy wrestles with living scrolls, dodges deadly scythes and defies the wrath of Chronos - Lord of Time. Before she can escape to the next level, Amy must rescue a group of captive librarians from certain death and stop the raging inferno that threatens their whole library.

Burning World of Words is the the fourth thrilling adventure in the Battle Cries series.